With support from Signatur, the Royal Stockholm Philharmonic Orchestra have expanded further their pre-existing Young Talent Program in order to offer talented young musicians between the ages of 16 and 19 summer jobs as musicians. The aim is to give these talented young people an appreciation of life as a professional musician whithin the genres of classical, folk, world and jazz music. Each selected ensemble has performed four daily concerts at the Stockholm Concert Hall during a three to four week period from June to the end of August 2018.

Since 2013, the Royal Stockholm Philharmonic Orchestra produce their own digital concert hall where they present classical music to the widest possible audience free of charge. With support from Signatur, they can increase the number of films aimed at younger audiences and schools. Their target is to produce three films per year during the period 2018–2020.

KonserthusetPlay is a free web-based concert hall. It is a play service that presents concerts with the Royal Stockholm Philharmonic Orchestra – and much of the other musical offering from the Stockholm Concert Hall.

In 2018 the Sister Sessions were one of the ensembles that gave daily concerts in the foyer of the Stockholm Concert Hall. The concerts were given in cooperation with the Stockholm County Council and with support from Signatur Foundation Sweden. 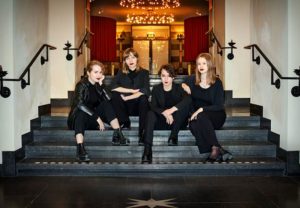 A series of 15 films featuring the orchestra’s different instruments is available to use in schools – or to view at at home – through the Royal Stockholm Philharmonic Orchestra’s own play service. Their own musicians demonstrate and talk about their instruments.  The films are aimed primarily at first to third grade pupils and are meant to be used as support for the teaching of musical instruments and classical music.

The miniseries The Concert Patrol in action, is partially a continuation of the films about the instruments. The films describe in a playful way the symphony orchestra as a whole, how a concert hall operates and the role of the conductor. 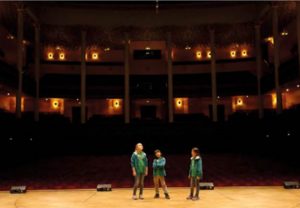 The Concert Patrol in action